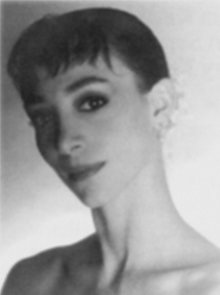 She then was offered a contract with the Pittsburgh Ballet Theatre, where she danced for nine years under the direction of Patricia Wilde, former principal dancer with New York City Ballet. She danced corps, soloist, and principle roles in full-length classical ballets, as well as many Balanchine ballets. Her noted soloist roles include the Scotch Lass in Balanchine’s Scotch Symphony, the soloist girl in Balanchine’s Donizetti Variations, Valse Fantasie, Tarantella, and Four Temperaments. Her noted roles in the classics include Myrtha and Peasant Pas de Deux in Giselle, Pas de trios and four cygnets in Swan Lake, and “Grisi” in Pas de Quatre. She has worked with noted choreographers and such as Ohad Naharin, Lisa DeRibere, Daniel Levins, Frederick Franklin, Paul Sutherland, Larry Long.

As principal of the Center for Dance Education for 25 years, she has developed a successful syllabus. Under Miss Lona's direction, the Center for Dance Education continues its committment to inspire excellence. She has choreographed for the Advanced Division students of Ballet Spartanburg, as well as for the professional dancers of Ballet Spartanburg. Under her tutelage, her students have continued to dance professionally in ballet companies across the world as well as continue their academic studies at elite higher educational institutions.